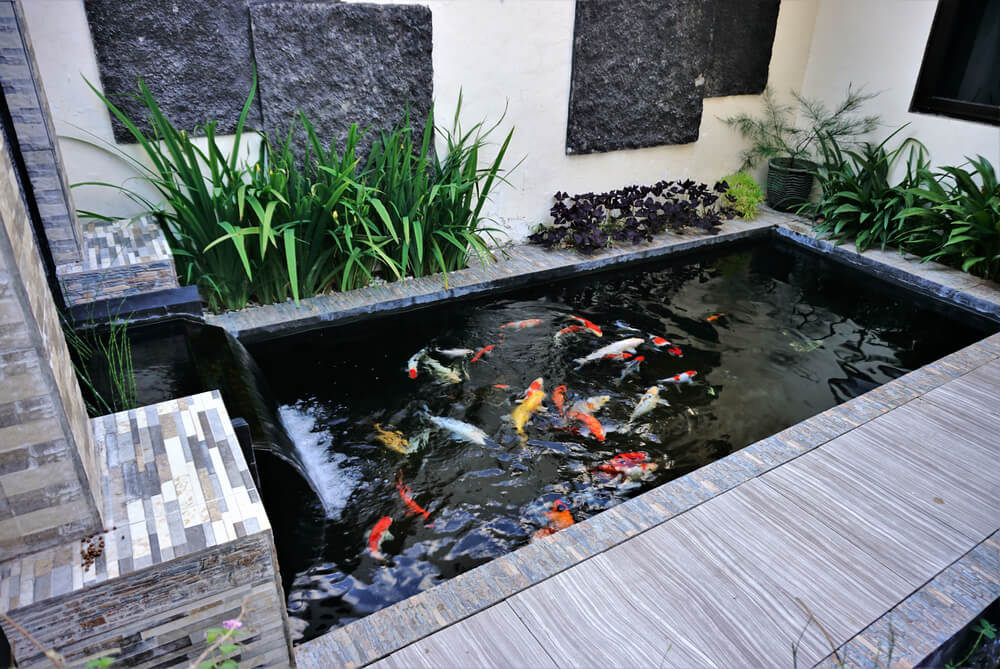 Regardless of whether they are kept indoors in a pool or outdoors in a pond: Koi are exposed to a wide range of threats from predators. Depending on the age or stage of development of the animals, the type and shape of the given danger vary considerably.


– clutch: the eggs of the koi are endangered by the tadpoles of frogs and toads as well as the larvae of dragonflies, cyclops and numerous species of swimming beetles.

– Freshly hatched koi: At this stage, there are high losses from eating the tiny fish themselves and from eating their yolk sac. Typical predators in this regard are dragonfly, mosquito, cyclops and swimming beetle larvae; but also full-grown frogs, toads and amphibians.

– Small and juvenile fish: The larger the Koi, the larger the predators. Adders and turtles are now joining the reptiles already mentioned. Due to the rather low occurrence, losses from these animal species are limited.

– Older and adult Koi: Naturally, the feeding damage decreases with increasing age due to the size of adult koi. They now find their enemies mainly in the form of herons, kingfishers and ducks. But cats also like to hunt for lush fish. Even if they do not always succeed in capturing them, they cause stress in the swarm by playing catch and chasing games.

– In all stages: Koi is probably the greatest danger from the smallest representatives of the animal kingdom: polyps and bugs. While some transfer poison from nettle capsules, others set a targeted prick and suck out their victim. The bigger the fish, the more the risk of death from an attack decreases. The pain, however, remains noticeable and can trigger stress symptoms with all their consequences. As a rule, there is hardly any danger from other fish, as Koi are specifically kept in waters specially created for them without socialization.