Koi Herpes Virus – What is it? 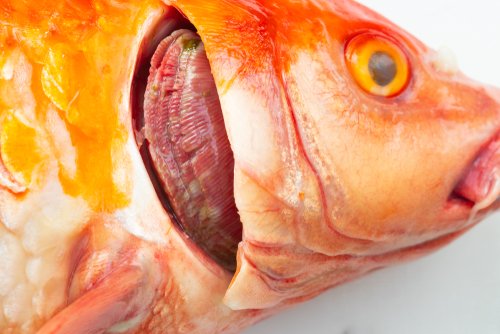 What is Kio Herpes Virus?

The koi herpes virus (KHV, or CyHV-3) is a contagious virus that makes carp and koi (exclusively Cyprinus carpio) sick, often with high mortality, up to 100%.

The virus was first described in 1998 in koi from Israel and the United States (Hedrick et al., 2000). In Israel, the virus is also called carp nephritis and gill necrosis virus (CNGV). Due to the worldwide trade in koi, the virus has spread very quickly. In the Netherlands, the first case was detected in 2001, but the virus was probably already present before then. KHV had not yet been detected in open water in the Netherlands in mid-2009. In many cases, these are closed systems, namely koi ponds or basins.

Many outbreaks of KHV in wild carp have already been detected in England and Germany, with high mortality. KHV belongs to the herpes viruses (Waltzek et al.,)

Fish infected with KHV may show (some of) the following symptoms: The most important are sunken eyes and gill necrosis (gray-white spots on the gills and dead pieces of gill). In addition, less specific symptoms: excessive mucus production, uncoordinated swimming, listlessness.

However, a KHV infection may be present without the above visible symptoms. Secondary bacterial infections and/or parasites can obscure the clinical picture and increase mortality.

To test whether or not koi or carp are infected with KHV, these fish should be examined at a fish disease laboratory, such as the CVI.

The koi is sacrificed for this. After the fish has been euthanized, a small piece of gill and kidney tissue is examined for the presence of KHV DNA material by means of the highly sensitive and specific so-called PCR technique.

Diagnostic tests are being developed that do not require a sacrifice of the fish. Although these tests are applicable to highly KHV suspected fish, these tests are much less sensitive than the PCR tests and are therefore not used as standard for CVI.

How does fish get KHV?

After infection, it takes, depending on the water temperature, from a few days to three weeks until the disease is seen. The virus can hide in fish manure, gills, and skin (DEFRA, 2008). KHV, like other herpes viruses, is likely to remain latent and reactivate when a stressor, such as poor water quality, occurs.

Koi that have survived an outbreak of KHV can still transmit the virus after more than two years to koi that have not been in contact with the virus before (Hoffman, pers. Comm.). This means,

Can other fish species in the pond also be infected with KHV?

The koi herpes virus is specific to the fish species Cyprinus carpio, koi, and carp and their varieties.

Hereditary material (DNA) of KHV has been detected using molecular techniques in a few fish species other than koi and carp: namely in goldfish, grass carp, golden orfe, and catfish (Ictalurus melas) (Bergmann et al., 2007), but these are not sensitive for KHV.

These fish species do not get sick from KHV but could potentially transmit the virus to koi and carp.

Is there a treatment for KHV and how do you get rid of it?

There are no drugs to treat KHV. KHV is sensitive to the water temperature: KHV is present below 15 ° C, but the koi do not get sick. Sickness occurs between 15 ° C and 28 ° C, and above 28 ° C disease is inhibited.

In some cases, during a koi outbreak, losses can be limited by (gradually) increasing the water temperature to 30 ° C for a few weeks. KHV survivors are still carriers and can spread KHV.

By culling all koi one can get rid of the infection. The virus cannot multiply outside of the host. The virus is sensitive to chlorine solutions, hot water, drought, and sunlight (UV).

Prevention of KHV and vaccination?

Ensure good hygiene and quarantine (4 weeks at 20 ° C to 26 ° C). Handle your own koi before the newcomers. Before mixing new koi with your own koi in the pond, first, remove koi (not vaccinated!)

From the pond with koi from the quarantine and observe for two weeks. Use separate nets, buckets, etc. per system. Buy from regular koi dealers.

Vaccination: A live attenuated vaccine (Kovax) has been produced in Israel, but it is not (yet) authorized in the EU. A number of Israeli koi breeders vaccinate their koi. This method makes the koi resistant to KHV, but whether they can still excrete and spread the virus themselves cannot be ruled out 100%. Other vaccines are being developed worldwide, but these are still experimental.