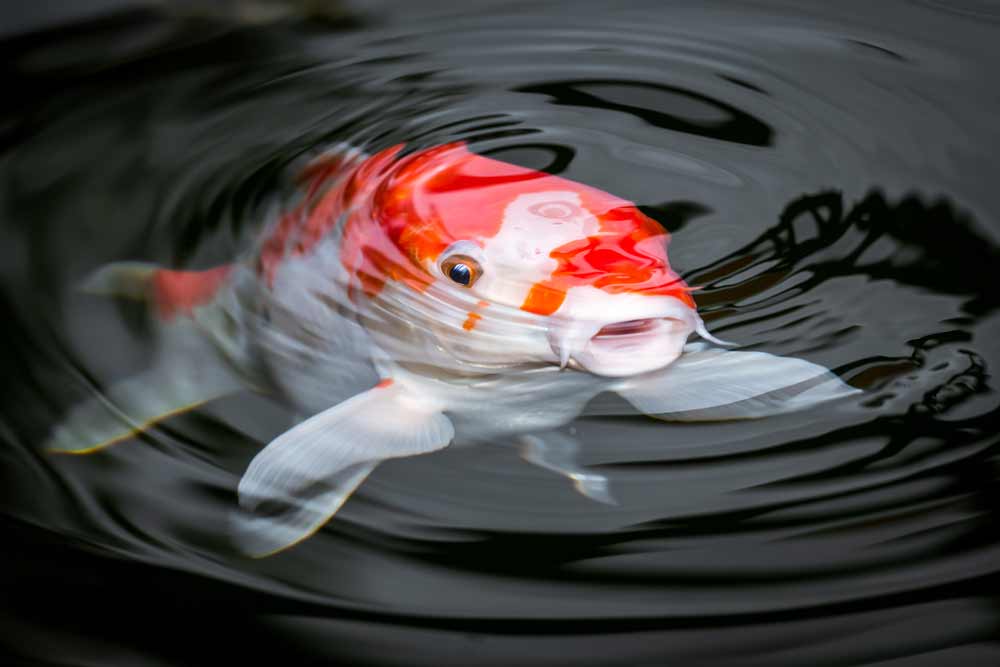 There are different versions of the origins of the Koi. While some experts suspect the origin of all current cultivated forms in today’s Iran, others locate it in China and third in the Empire of Japan. What is certain is that they emerged from the mutation of a carp population and that their closest relatives are to be found among these fish.


The ancestry of the Koi can be traced back to animals that were kept as meat suppliers. As they ate insects off the surface of the water in the breeding tanks, they were soon considered to be ideal pest fighters – and in this role, they were released on temporarily flooded rice fields. Here they found no genetically different partners in the swarm, which was always composed in the same way. The female carp mated again and again with the same male specimens and carried their genetic makeup on from generation to generation so that the ancestry of the Koi is basically based on inbreeding.

One of the characteristics passed on was the peculiar colourlessness of the fish. In contrast to free-living representatives of their species, the descendants of the “rice field carp” did not have a colourful, shimmering coat of scales, but had a uniform tint.

The resulting decorative value of the animals led to the first targeted breeding – of which, however, only small specimens were allowed to breed under the supervision of specially appointed taskmasters.

While the no less well-known goldfish developed from the animals selected in this way, two larger representatives made their way to a remote Japanese province. Here from the first pair, those animals were bred that are considered to be the most likely lineage of the Koi.

Their direct descendants are Kohaku and Sanke – the two species that are considered to be the “most typical” representatives of the coloured carp today. They specify the most frequently encountered tones or patterns of the fish and can therefore rightly be assessed as the actual descent of the Koi.