Are Birds a threat to Koi? 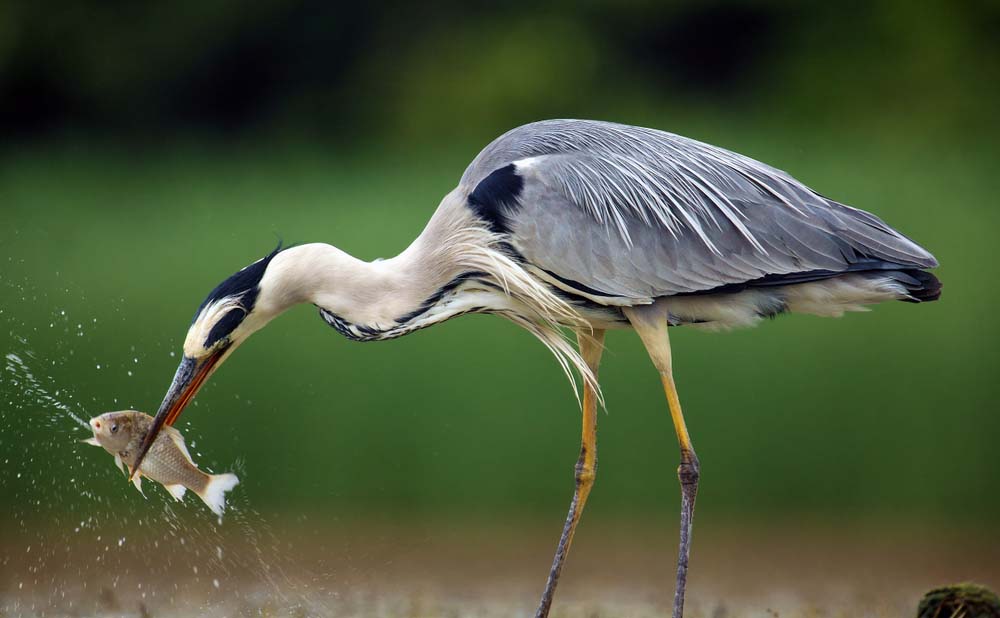 Koi have numerous enemies not only in the water but also outside, such as birds as predators. Especially predatory waterfowl such as herons and cormorants like to put these fish on their menu. But ducks are also not entirely harmless, as they can bring in all kinds of diseases.

The grey heron, up to one meter in size, can be found all year round. Since this bird is under protection, but at the same time hardly has any natural enemies, the populations are increasing more and more.

Although the heron does not eat fully grown koi, it is a danger for animals up to 35 centimetres in length. One way of protecting the fish from the heron is not to create shallow water zones. As a result, the feathered hunters cannot stand in the water, which makes it much more difficult for them to attack the fish.

Nets stretched over the pond and wire fences around the bank are also helpful against these birds as koi predators.

Cormorants also hunt in deeper waters. They are excellent underwater hunters and can stay underwater for several minutes. Because these animals have a fast metabolism, they need a lot of food. It is not uncommon for fish up to a kilogram body weight to be among their prey. Although the cormorants are rather shy and do not like to go near people, caution is advised in the vicinity of larger natural bodies of water. The only thing that helps against this predator is to span the pond with a net that prevents the cormorant from entering.

Seagulls, which are mostly found near the coast, target young koi in particular. However, they can also injure adult fish, which is why protection with nets and/or wires is recommended in these regions.

The kingfisher, who is also interested in juvenile fish, is rarely seen these days. The easiest way to dissuade him from his hunt is to put a net over the koi pond. For optimal protection, the bird protection nets should be wrinkle-free and close tightly.